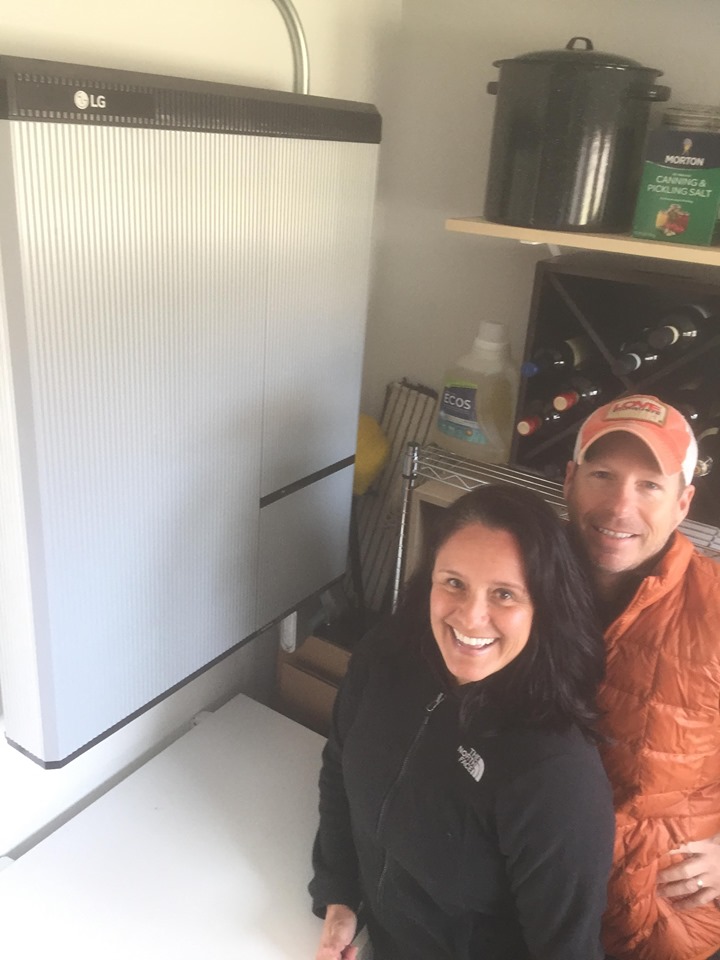 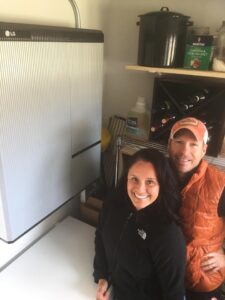 Sundog Solar recently installed a solar system with battery backup for Jim and Paula on their Belfast house. Now, fourteen solar panels power the home, and an LG Chem battery provides electricity during grid outages. The couple experienced several blackouts in the fall and winter this year that lasted around five or six hours each, but they were especially grateful to have power during this last extended outage which lasted from Thursday through Saturday.
“The system performed wonderfully!” says Jim. “It powered our chest freezer, refrigerator, hot water kettle, lighting, computers, and entertainment center.” Jim and Paula were even charging devices for neighbors on their porch and they were happy to help out during this hardship.
“One neighbor even had a remote doctor’s visit scheduled,” said Paula. “She was able to charge up using our solar system and was able to keep the appointment. We worked out a sanitization system to keep it safe for everyone.”
Because this was the first extended power outage with the solar system, the couple was keeping a close eye on the system. “We were conserving power because we didn’t know what the weather would be, but the battery levels were good the whole time,” explains Jim. “Next time, I’m not going to worry about it.”
The couple also had positive experiences during the other recent shorter blackouts. ”During the first power outage last fall, we didn’t know there was a blackout,” says Jim. “We were watching television, and I looked outside and realized the entire neighborhood was black.”
Jim was able to work from home as usual. He saw neighbors idling their cars to charge their phones and offered to charge them from his solar panels.